This time we would like to show and explain the street system of Train Fever. The community has asked for a wide range of features and we have now made a selection. Basically, we selected the features which have been requested more often than others and which are most important from a game-play perspective.

And here is the result. Train Fever features: 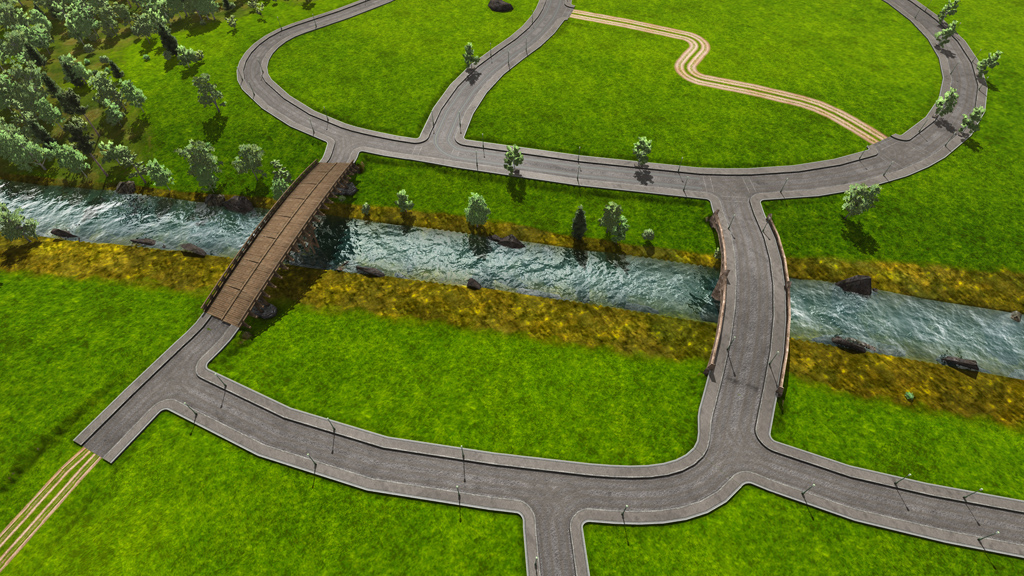 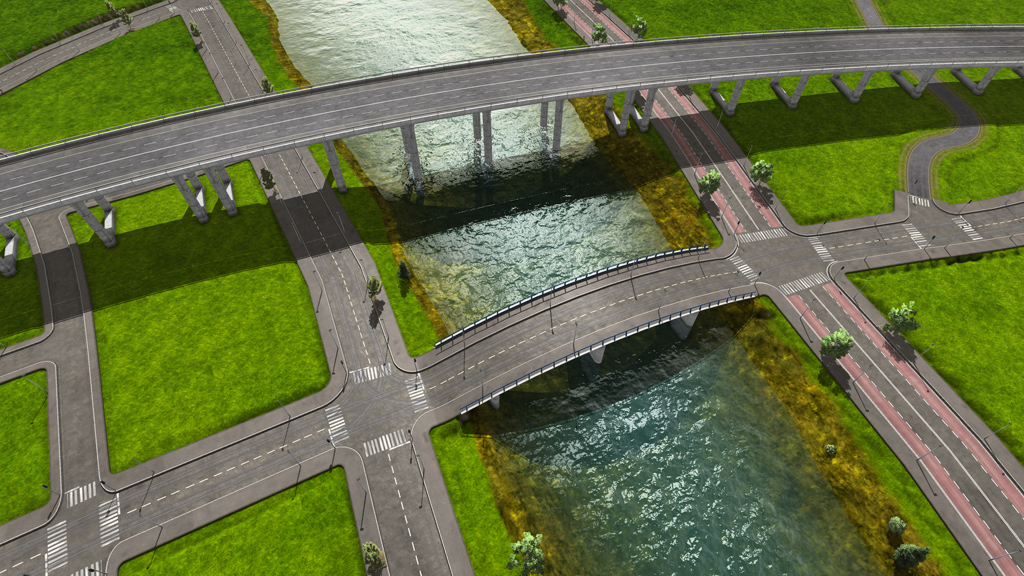 The pictures above show different old streets (left) and modern streets (right). Streets can have one, two or four lanes with and without streetcar or bus lanes. There are city and rural streets. All types can be arbitrarily combined. 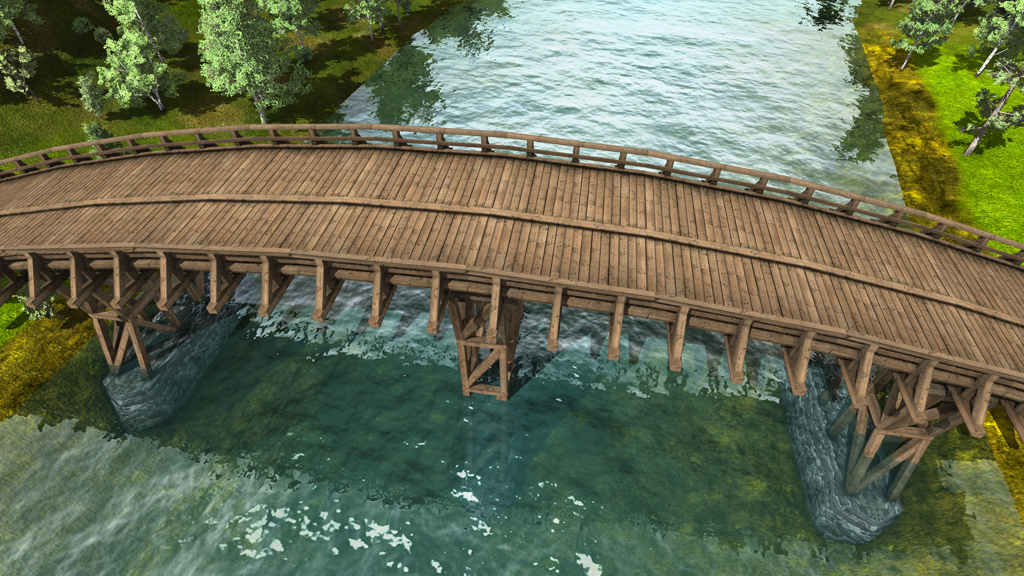 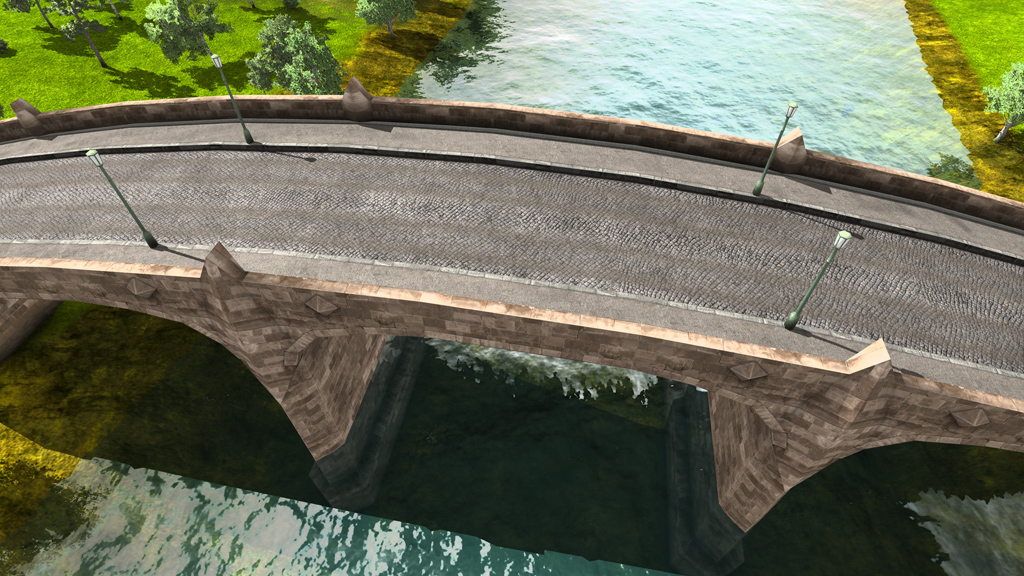 Bridges can be built with wood (left), stone (right) or steel. The construction material limits vehicle speed. Bridges are built manually by the player, i.e. the player has to choose the type of the bridge, and the start and the end point. There’s no automatic bridge construction (where bridges are automatically constructed everywhere a street has a certain height). We believe this way of construction is more fun and gives more control to the player. 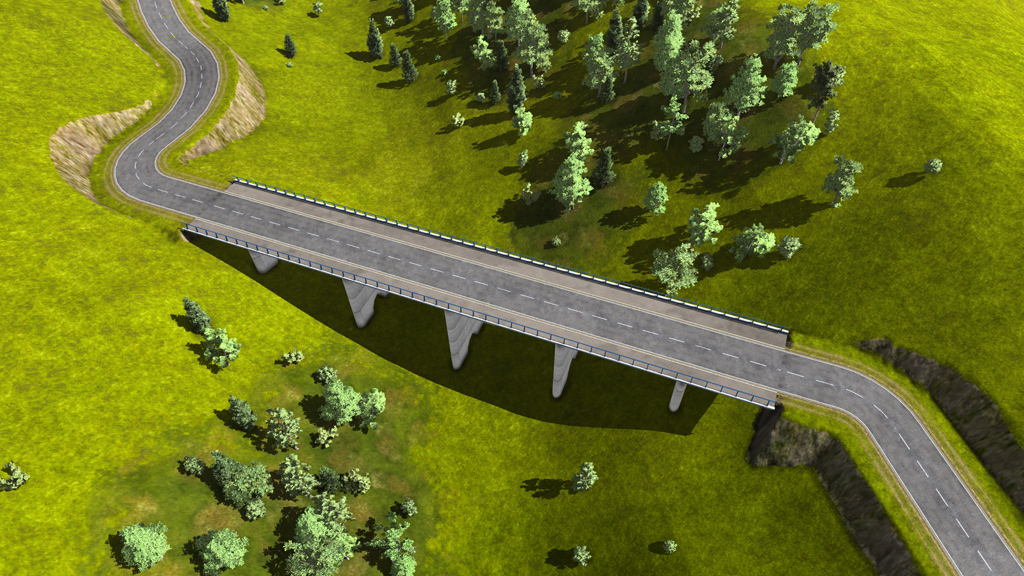 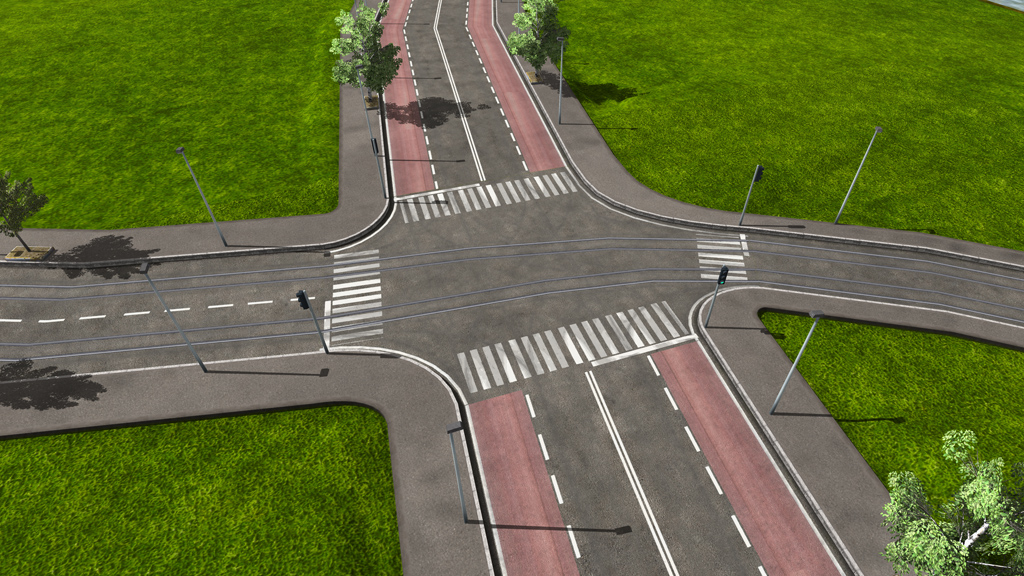 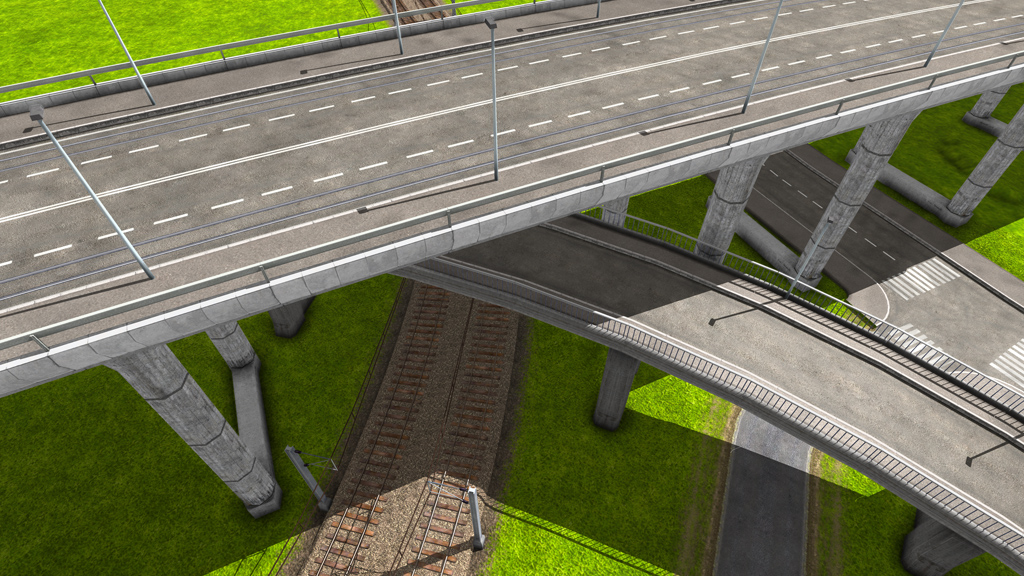 Vehicles and people move on streets and sidewalks. In order to realize this, artificial lanes are created, which are illustrated in blue on the left side. Of course, these lanes are only visible here in order to explain how it works, they will never be visible in the game.

The image on the right illustrates bridges on multiple levels. There is no limit for constructions as long as enough space for the bridge pillars is available. You can also see railroad tracks on the right image. This is what we feature in the next update!

35 thoughts on “Streets, bridges and lanes”