Due to many community requests we decided to start with frequent development updates. Every update will show a specific part from Train Fever during the development. We start with screenshots from the new terrain we have created. We know this is not the most interesting part of the game, but it’s the foundation of the game where everything is built on top. 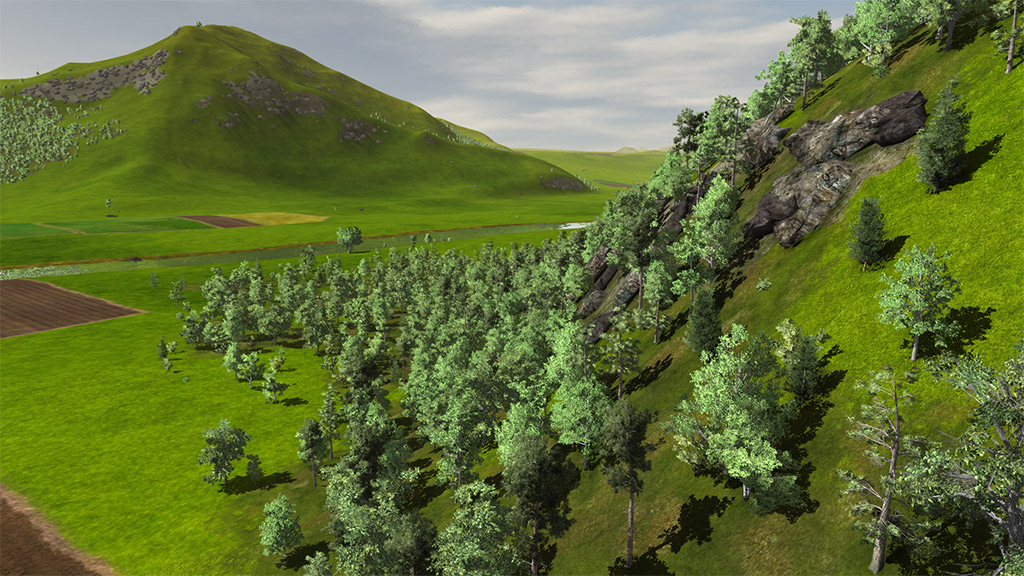 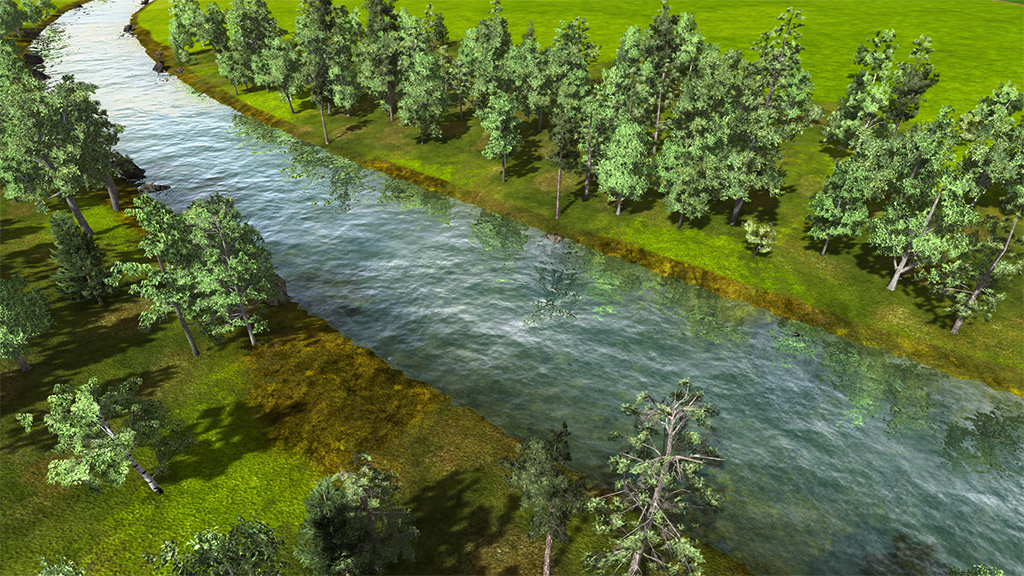 The terrain in Train Fever is up to 256 square kilometers large, with a very detailed horizontal resolution of one meter. Compared to other games, this is a very high degree of realism. On the one hand, details in the small scale can be modeled. On the other hand, realistic dimensions are present in order to allow the construction of long railway lines. 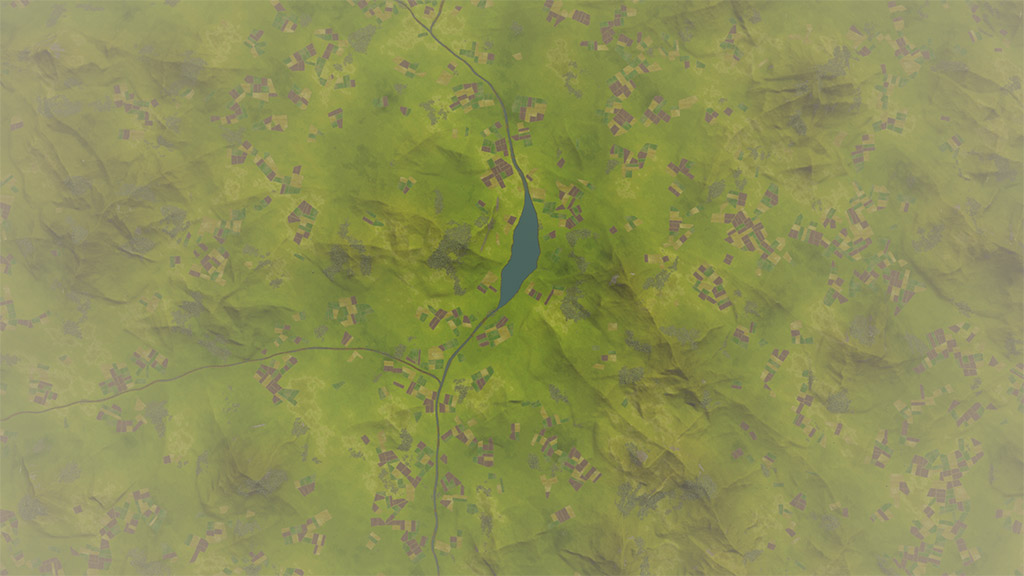 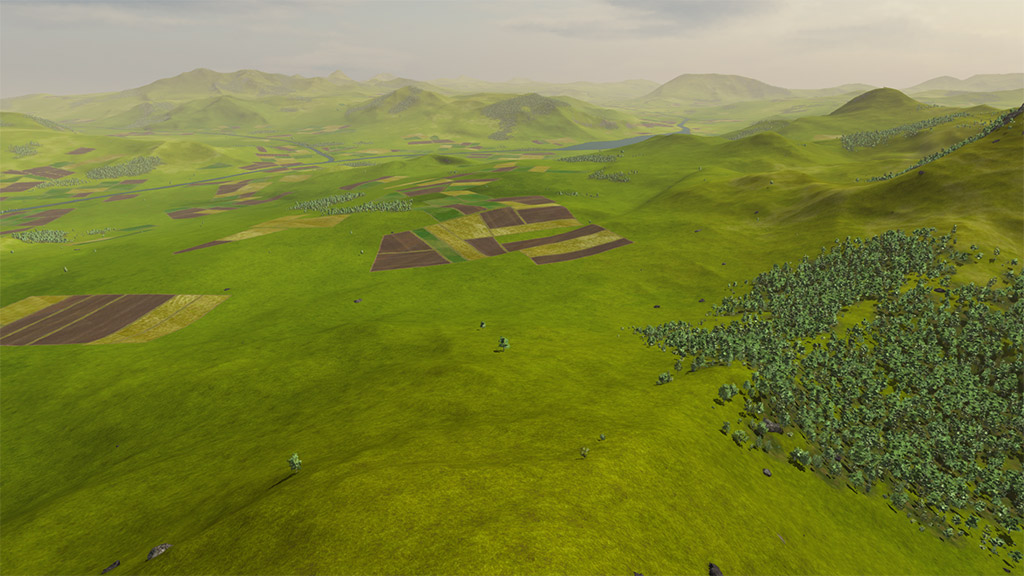 The game world in Train Fever is randomly generated. The main elements are hills, rivers, lakes, forests, rocks and fields. The terrain is dynamic and gets automatically updated / aligned during the game (e.g. when constructing railroad tracks). 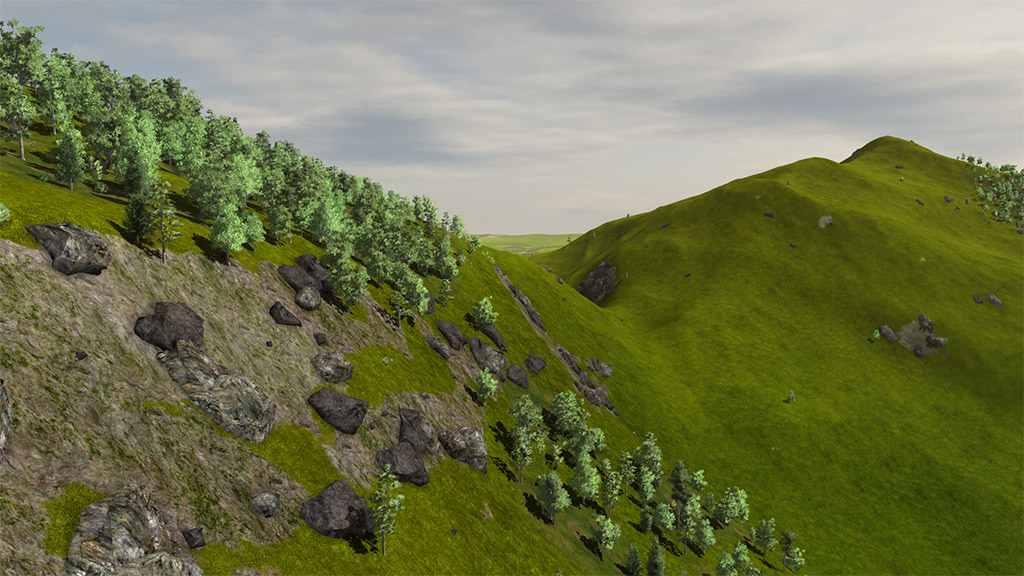 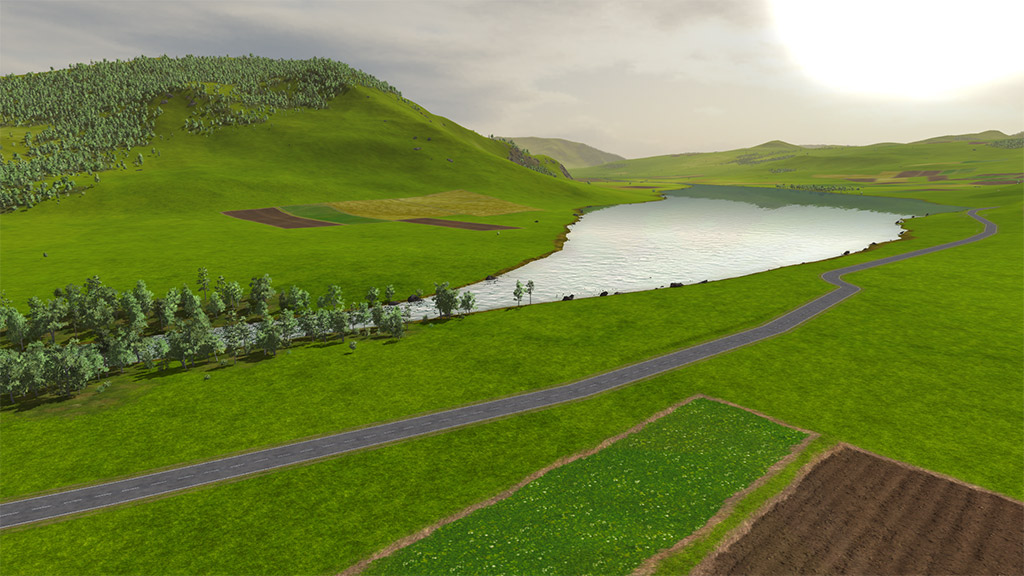 In order to create these screenshots, we have removed civilization. Don’t miss our next updates, where we feature streets, tracks, buildings, vehicles, industries, simulation and so on. The last screenshot teases already our next update, it’s going to be about streets.