It’s time to write about the railroad tracks in Train Fever. The implementation was quite a challenge, but we have now developed a system with unique features. The user interface is simple and intuitive. All tracks and switches can be built with drag and drop. 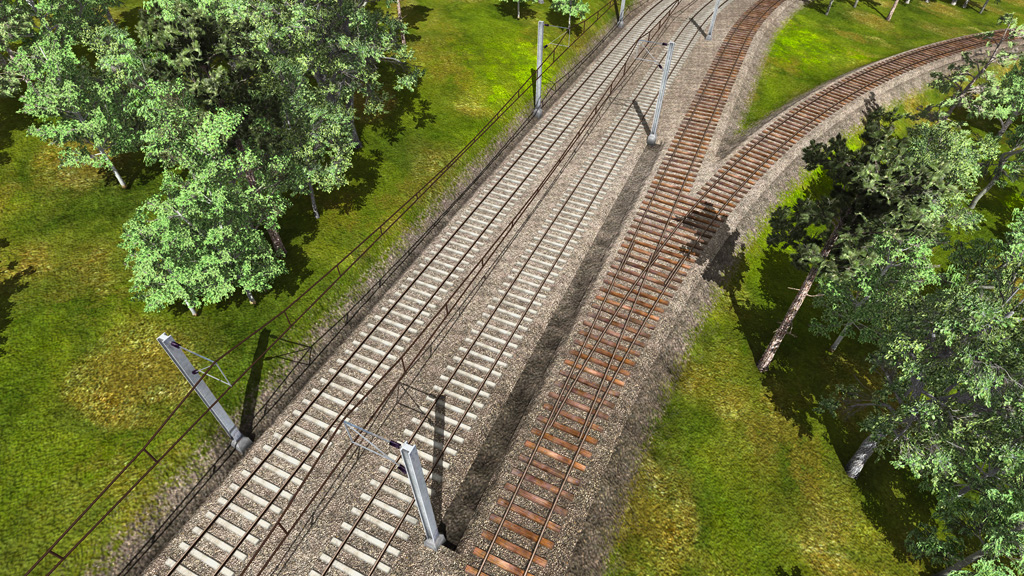 Parallel tracks are a great feature to create realistic and space saving tracks. In construction mode, new tracks automatically snap to existing ones. Standard tracks with and without catenary can be arbitrarily combined with high speed tracks (the two parallel tracks with concrete sleepers on the right image). Track sections can also be upgraded with newer electric or high-speed tracks. Tunnels can be built with one or multiple tracks (left). 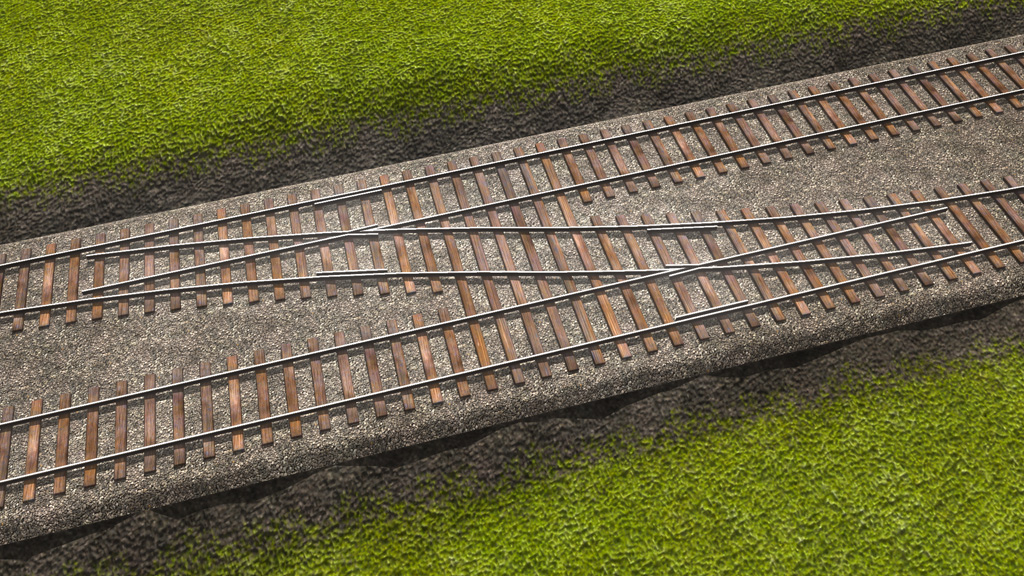 Switches can be built everywhere. Let us mention that it’s also possible to connect two parallel tracks. The implementation of these crossover tracks (right) was quite challenging, because there is only very little space for the two switches. We believe that these crossover tracks are an essential feature for constructing realistic tracks. 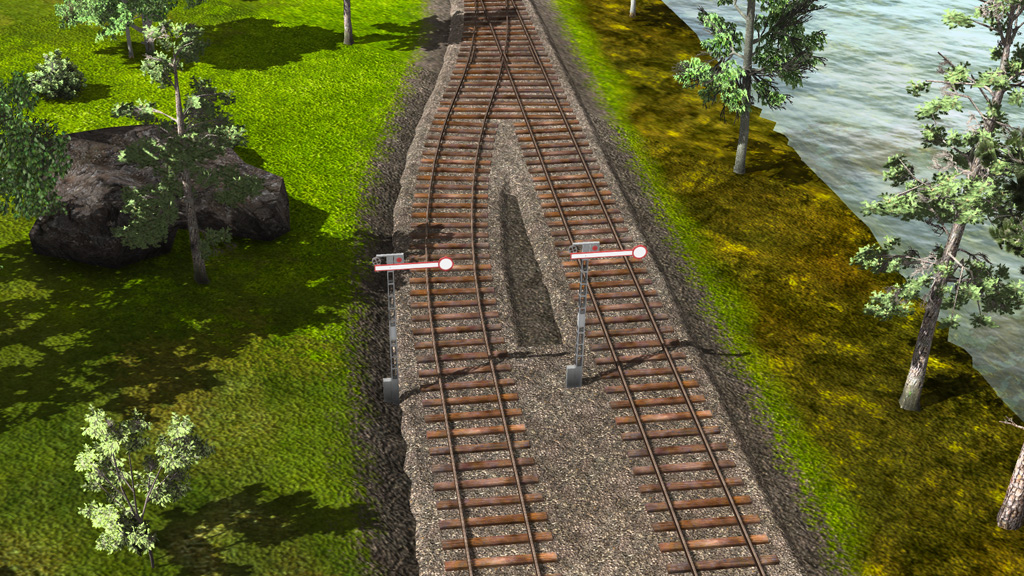 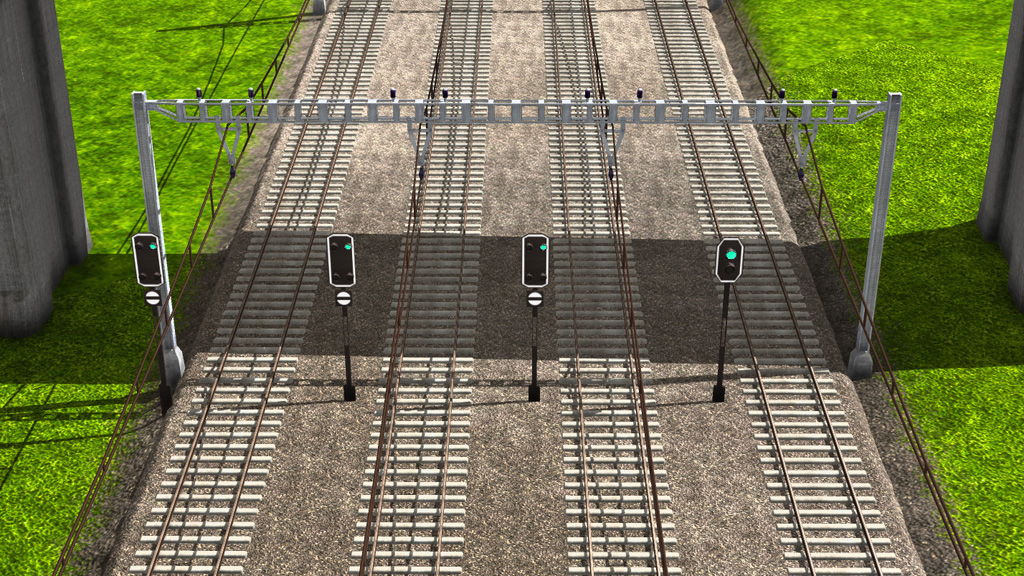 Old and modern signals are available. There are block and path signals. The right image shows three modern path signals and one block signal. As soon as a train crosses a block signal, all tracks behind the signal are blocked for other trains. Path signals work similar but block only the tracks behind the signal which are actually used by the train. This allows for realistic switch configurations e.g. in front of train stations. 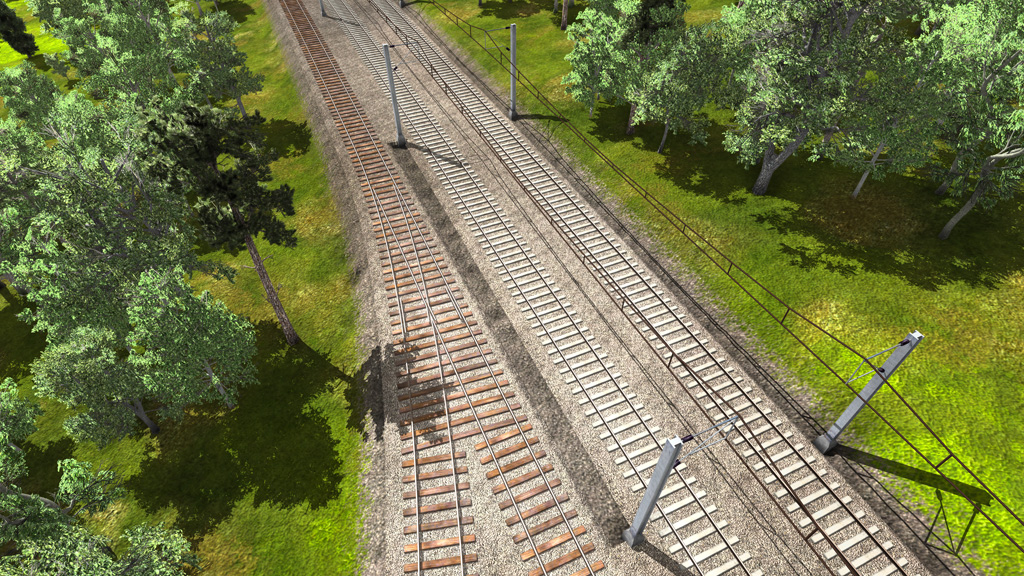 By default, tracks align to the terrain elevation. However, it’s also possible to build tracks with a fixed slope. This can be useful for e.g. overcoming a certain difference in altitude with a constant slope. In order to allow the construction of sophisticated railroad lines, there are some visual layers which show the contour lines of the terrain for instance.

We know you are all waiting to see the most important component of the game: Trains! The next update will be about trains and vehicles.

50 thoughts on “Railroad tracks in detail”