Today we officially announce a first Train Fever DLC. The DLC will be available for free in February 2015 and will include more than 50 typical American locomotives, train cars, buses, streetcars and trucks. 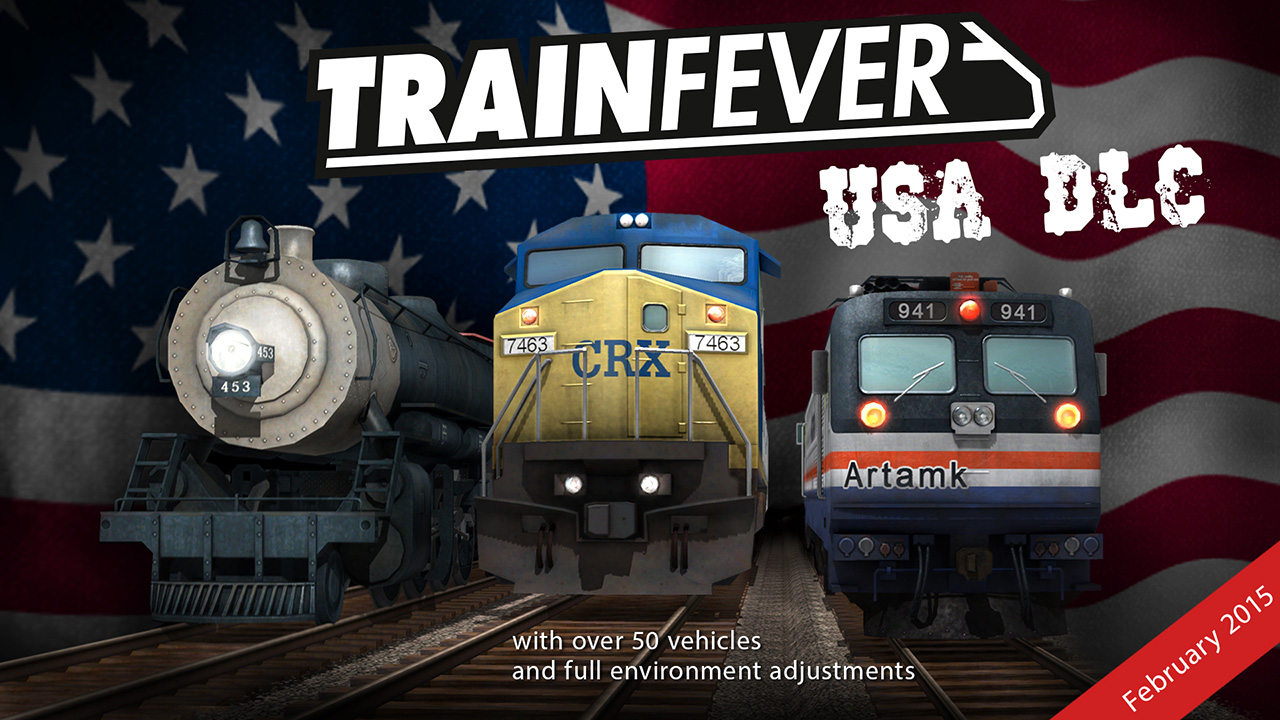 But it’s not only vehicles: When starting a new game, players can choose whether to play in a European or American environment then. Terrain, vegetation and towns will look different dependent on the player’s choice as well.

At the same time, modding capabilities will be extended. We will not only reduce the number of currently hard-coded implementation parts, but also improve the handling of mods in general: Mods can then be activated or deactivated in-game and save games will remember which mods are active.

We have observed the modding scene (especially on http://www.train-fever.net/) during the last months and we are absolutely excited by the huge amount of great content created there. Because we are not able to model all vehicle by ourselves and because many modders like to contribute, we have decided to involve the modding scene in the development of the USA DLC. Therefore we officially invite all modders to take part here.

This said, we would like to wish you a Merry Christmas and a Happy New Year. 2014 was an amazing year for us and you can be sure that we won’t stop listening to the community, developing new features and improving the game also in 2015.