The color is off, at least the cylinder cock steam should be white, and the main smokestack should have darker smoke.

Since it’s steam that comes out of the cylinder cocks it should be white indeed but I think the colour of the smoke is quite realistic. I compared it with pictures, I took from Swiss steam engines in motion, which also show that the smoke isn’t always the same. The main thing I would complain about is that the color changes while it puffs up. 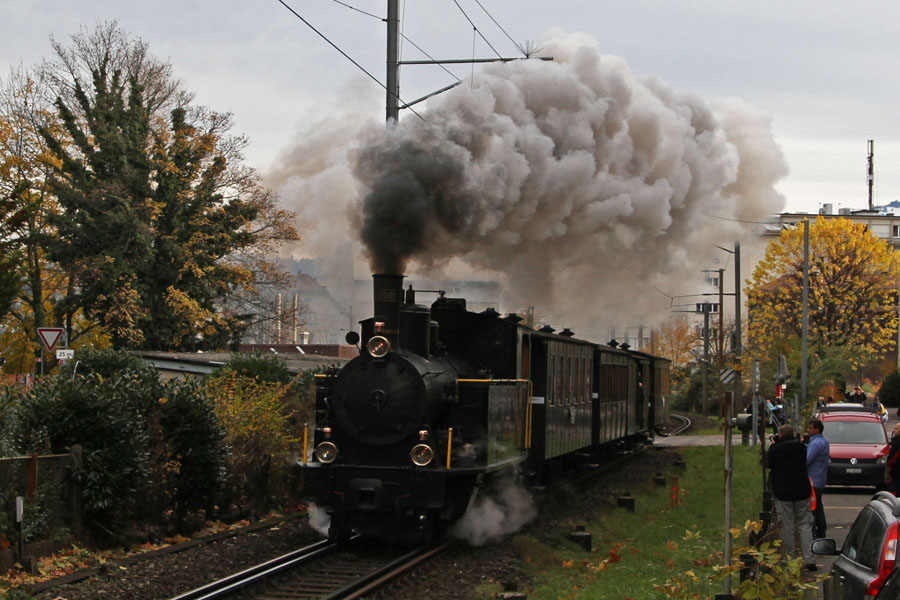 So I think we could live with a slightly changed smoke since the smoke is quite diffrent from situation to situation (weather, engine state). Maybe the developers could give us the chance to change the appearance of smoke for each locomotive.